Find us on Google maps here >>

Fantastic New Forest destination for cyclists of all abilities

The disused railway line that The Old Station Tea Rooms are adjacent to is an excellent cycle route. Cyclists travelling along this route between Brockenhurst and Burley will find a secure bike parking, excellent refreshments and space to relax before planning the next stage of their ride. the plethera of routes that radiate out from The Old Station Tea Rooms at Holmsley make it the perfect meeting and recharging destination for cyclists across the New Forest.

There are many appealing areas of heathland and pine woodland in the south west corner of the New Forest and running through them is the Castleman’s Corkscrew.

This was the name given to one of Hampshire’s oldest railway lines which ran from Brockenhurst to Ringwood and on to Wimborne. Completed in 1847 the line was promoted by Wimborne solicitor, Charles Castleman. The ‘Corkscrew’ referred to the circuitous route the line followed.

A link from Ringwood to Christchurch and Bournemouth was built but as the latter grew in popularity a direct line from Brockenhurst to Bournemouth was completed in 1888. Use of the old Castleman route declined, but it continued for almost a further 100 years and was not closed until the mid 1960s as part of the infamous 'Beeching Cuts'.

Today long stretches of the track bed have been retained as walking and cycling routes and The Old Station Tea Rooms at Holmsley are very popular.

Walks in this area follow a particularly attractive section of the line across heathland to the south west of Brockenhurst. It also explores woodlands on each side of the route at Set Thorns Inclosure and Hincheslea Wood, and in the other direction up towards Burley. 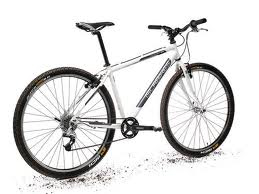 You can view the Forest Leisure Cycling video below, it features a stop at The Old Station Tea Rooms!